For creators to test Network Relevancy, they will need to be in Multiplayer Preview Mode. Testing in Local Preview Mode will not work.

The Game Settings object found in the Hierarchy contains a Performance - Network Relevancy category in the Properties window where creators can change network relevancy distance and settings. 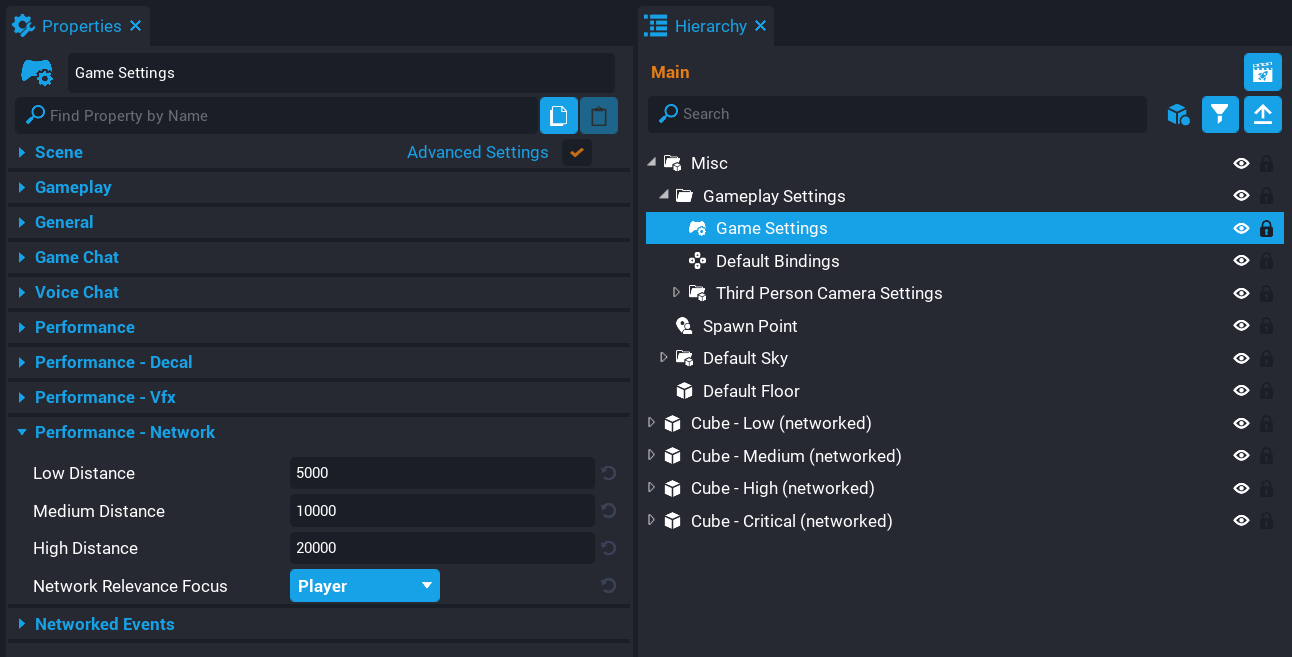 The Network Relevance Focus property allows creators to select between Player and Camera to determine which object the network relevance calculations are made in reference to.

When the Network Relevance Focus is set to Player, then the network relevance calculations are made from where the player is in the world. As the player moves further away from networked objects that have a lower relevancy than Critical, then those objects will be put to sleep, meaning network traffic will be reduced for that player.

The Desired Relevance property is used to determine the furthest distance at which the networked object is replicated. Critical objects are never affected by distance. Distances are defined on the Game Settings object in the Hierarchy.